One year ago today, we were hunkered down at Honey Creek Resort on Lake Rathbun in the middle of an epic blizzard. We were there with Bibles and planners in hand, ready to dig in and figure out where we felt God was leading Pressed. We were there to dream and seek. It ended up being the perfect time to get away. The blizzard kept us at the resort, and there was a restaurant on-site. It was the perfect setting to engage in undistracted dreaming and planning.

One year later, we re-visited the exact same place for the same purpose, but with an entirely new perspective. Over breakfast on our first day away, we pulled out our notes from the previous year. My (Kristen’s) goals read, “Move Pressed out of the house” and “Hire our first team members.” Eric’s goals, among many other things, read, “Re-brand” and “Grand opening of store July 14.” (Ok maybe that was a bit optimistic, but that’s one of the many reasons I love and need him. He’s always thinking of the best possible outcomes.)

We sat there in silence for a bit, marveling at what had all taken place in 2018. It was a year of growth for Pressed (and for us personally) unlike anything we could have imagined. We went from a team of 2 to a team of 8. We went from printing 20 shirts an hour to 80 shirts an hour (still a miniscule number compared to the big shops with automated presses, but for us and our “hand-pressing”, this was unimaginable progress). We got a hair-brained idea (those are always the best ones, honestly) to track down a letterpress machine in MN and, against our better judgement, load up all 2,200lbs of it and haul it home. We re-branded and included the word “letterpress” in our new logo, even though neither of us know how to use a letterpress yet. (Still coming in 2019 though!!) OK—this is turning into a list of all the absurd ideas we’ve had and the things that have given our parents some extra gray hairs, so let’s get back on track.

I think where I was going with that was that 2018 started in a vastly different place than it ended. 2018 became more than we ever expected it truly could. When I wrote down my goal of “moving Pressed out of the house”, it still felt like a pipe dream. I dared to dream a little that we could find a new home for Pressed that would allow us to be more accessible to our customers and one that would allow space for us to grow. If you’ve been following our journey on Facebook or Instagram, you’ll know that in August we purchased the building that became our Studio+Store just a few months later. We could write a book on those experiences. And we probably should. But I actually want to talk about “Finding Your Why” instead for a few minutes.

“God can do anything, you know. Far more than you could ever imagine or request in your wildest dreams. He does it not by pushing us around but by working within us, His Spirit deeply and gently within us.” – Ephesians 3:20 (MSG)

This is not only Eric’s life verse, but it was a verse that became our guiding light in 2018. Specifically, The Message version grabbed a hold of our hearts and minds and kept us centered. Different parts of the verse guided us through different parts of the year. As I reflect back on the year, it’s the second half that has a new light for me. It’s a reminder that my Creator works gently and deeply within my soul. He plants dreams and ambitions and hidden abilities that we didn’t know we had. He plants goals and hopes and wishes. He gives us a “why”. For me, this year was a journey of getting well acquainted with my personal “why” and the “why” behind Pressed. I’m still learning to articulate it because it’s something that’s deeply felt and has a difficult time coming out of the mouth via the brain. But it’s there and it’s vital to everything we do. The mission of Pressed is to create products that offer words with real value for the human soul. If something is too cliché or doesn’t actually convey a message of real value in some way, we steer clear. We want to offer hand-pressed goods with messages that need to be pressed upon our hearts. This idea was born out of my own personal journey from the years 2010-2013. It was the darkest season of my life thus far. During that time, I wore jewelry with words my heart needed to see and trust in. It’s that season that birthed the idea for Pressed just 2 years later. I wanted to bring life-giving and truth-pressing goods to others’ hearts and minds as well. In seasons of pain or sorrow, we need rich words of comfort and peace. In seasons of feeling lost, we need words that help to guide the way. In seasons of joy, we need words of celebration and gratitude. In all seasons, we need to be reminded of the blessings of home, friends, and family (That’s where our Midwest-themed pieces fit in, by the way.) In all seasons, we need words pressed upon our heart and soul. This idea is the core of the mission behind Pressed. It’s the soul of the brand. It’s why we do what we do.

As connected as I feel to that mission, it is honestly a challenge some days to stay laser-focused on it. This past year when we were covered in paint and drywall dust from head to toe, or when we were dealing with messy un-planned surprises in the building renovation, or when I woke up in the middle of the night in sheer panic over the life choice I had made to open a store, I had to remind myself of my “why”. Somedays it’s the only thing that pushes you on. If my end goal was to make a certain amount of money or to have a store that looked a certain way or to simply make some cute jewelry and shirts, I don’t know how I would have seen this year through.

We’re still on a journey of getting well-acquainted with our “why” and learning how to articulate it. We spent a good portion of this year’s dreaming trip hashing out the “why” behind Pressed and what implications that has on our 2019 goals. But we believe it’s a journey worth engaging in.

We offer this thought to you in closing here. We encourage you to embark on this journey with us, but for your own life. What path have you chosen to take in life? In 2019? What’s your “why”? If it’s something that can be answered with a “what”, then we recommend going back to the drawing board and digging deeper into the soul. The “what” and the “how” come after the “why”. What’s your “why” behind staying at home with your kiddos? Starting your own business? Being a teacher or a nurse? Continuing with the same company? If you don’t have a “why” then the difficult days will be extra difficult. If you DO have a “why”, you’ll have a beautiful vision for where you’re headed, and you will likely inspire many on your path.

I’ll close with this. This is bonus content for you historians out there. In the early 20th century, the English adventurer Earnest Shackleton set out to explore the Antarctic. The southernmost tip of the earth was still unconquered. The crossing of the polar continent was going to be the “biggest polar journey ever attempted,” Shackleton told the New York Times in December of 1913. One year later, he set out with 27 men on the Endurance. Unfortunately, the men never reached the Antarctic. Their ship sank in the frigid waters and they were left stranded on an Island. Six of the crew members eventually boarded their lifeboats and set out on a hazardous journey across 800 miles of rough seas to find help, which they eventually did. The miracle isn’t the expedition, but that no one died. The key to the success of the journey (their survival) came down, in large part, to the wording of the ad Shackleton placed in the paper to recruit his crew. He didn’t list the requirements of the job. He didn’t say WHAT he was looking for. He didn’t say, “Men needed for expedition. Minimum 5 years of experience. Must know how to hoist a mainsail. Come work for a fantastic captain.” Rather, he was looking for those with something more. His ACTUAL ad said this, “Men wanted for hazardous journey. Small wages. Bitter cold. Long months of complete darkness. Constant danger. Safe return doubtful. Honor and recognition in the case of success.” The only people who applied for the job were those who read the ad and thought it sounded great! There was a deeper cause that was pushing them on through conditions that I can’t even begin to wrap my mind around.

I certainly can’t compare any of my challenges to those of this crew, but I find their story immensely inspiring. Let it ring in your heart as a testament to the value of knowing your deeper cause—your “why”—through all of your endeavors this year.

*NOTE: The story about the Endurance crew listed above was an excerpt from the book, “Start With Why” by Simon Sinek. We are halfway through this book and are telling everyone about it. We highly recommend putting this on your reading list for 2019! 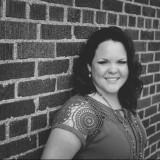